In 2016, we bought the Oculus Rift DK2 and take one of our projects for a test run. We were all blown away by the experience. While visualizing a 3D model of a building on a monitor is already a valuable process, virtual reality headsets are designed to provide an immersive experience of space incomparable to a flat screen. That was when we knew we have to incorporate virtual reality during every design process.

While the core technology of virtual reality was still under development, the gaming industry was the first to adapt, and BIM (Building Information Modeling) software was in no way compatible. So for our first attempt to put a project into virtual reality, we selected the game development software, Unreal Engine. 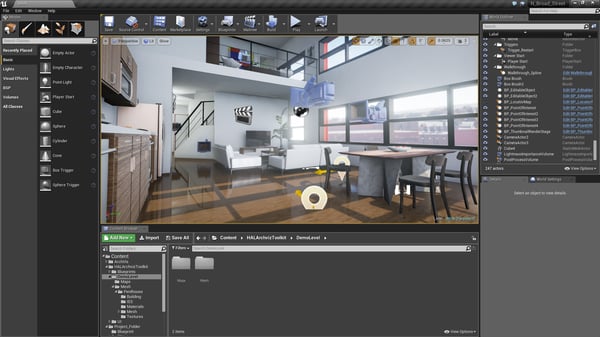 The single major task in the endeavor was to transfer the geometries of a building that make up a space from BIM (in this case, Revit) to Unreal Engine, and that was not an easy feat. We learned, along the way, that every application-specific software has its own optimal methods for generating geometries. Another hardship was the visual accuracy of a space, mainly simulation of light and material property. Both of which were misinformation or were absent from Revit.

The challenge did not end with visual representation of space, we then immediately faced interoperability issue. Because virtual reality demands much computation power, it requires a separate processing unit (commonly known as Graphics Processing Unit, or GPU) dedicated to rendering graphics. This demand sets a high bar for a typical workstation.

Towards the end of our exploration, we were challenged by issues such as, software, hardware, time, effort, and target audience. It may not make sense for an architecture office to distribute a virtual reality space on the web available for the public, but we were certain that it would be beneficial to designers and clients by having a project ready in the virtual reality environment at all times. 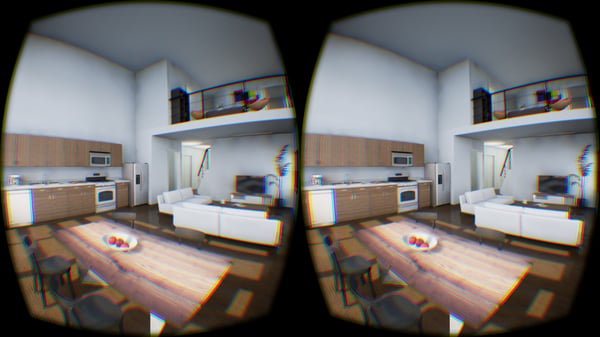 As of 2018, virtual reality technology has become more ubiquitous and accessible, we are now able to instantly put every single project into a virtual reality environment. Today, there are well-designed tools that works well with BIM software. They have effectively eliminated the hideous transfer process from one platform to another. Designers can now focus their effort on the design of space and material, and clients can have a clear idea about their projects.

Below is our virtual reality setup on standby at all times. Just like most offices, there is a dedicated workstation in a meeting room where projects are accessible and presentable on demand. (1) We use BIM software Revit majority of the time, so most necessary information are stored within that environment. (2) Using an external program, Enscape, the project is automatically converted into a virtual reality environment with well rendered geometries. The newly generated view is a live feed from the headset, so bystanders will be able to follow the user. (3) Detected by the sensors on the wall, user of the headset can instantly view the project in virtual reality. 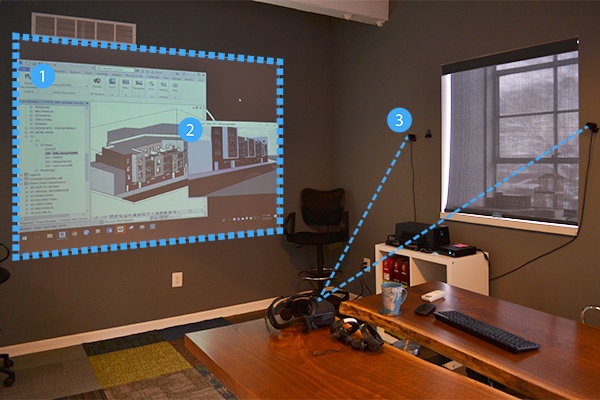 This is only the beginning of our exploration. There are a lot more to learn from the community for using virtual reality technology. For instance, a team of architects and engineers may use it for collaboration to resolve misinterpretation of drawings. Fad or not, virtual reality is definitely an aid to understand architectural spaces for both professionals and the public. 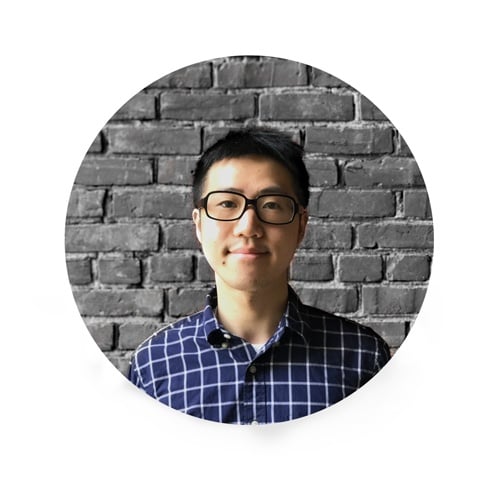